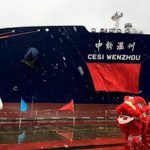 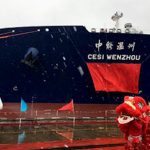 The CESI Wenzhou is the fifth vessel to serve the LNG transport project for SINOPEC announced in April 2013, and will sail under a long-term charter contract to transport LNG that SINOPEC will purchase from the Australia Pacific LNG Project. 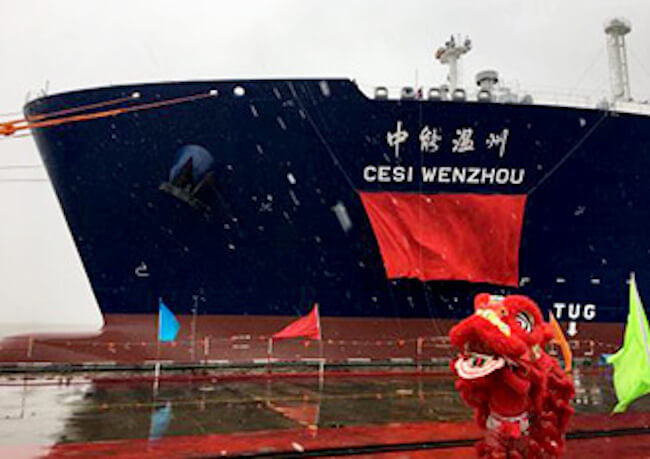 A total of six LNG carriers have been built at Hudong for the transport project and this follows the ExxonMobil LNG project, announced in March 2010, for which four newbuilding LNG carriers were delivered from Hudong by April, 2016. Cooperating with CCSC, MOL has assigned engineers to Hudong since 2013 to ensure the safe construction of high-quality LNG carriers, and organized a multi-national shipbuilding supervision team, mainly Japanese and Chinese, with nearly 50 members at its peak. Starting with the delivery of the first vessel in October 2016, the project has proceeded smoothly so far. The shipbuilding supervision team and business division are united in ensuring the success of this project, while drawing upon the trusting relationship it has developed with its Chinese partners.

In recent years, in step with China’s robust economic growth, demand for LNG, a clean source of energy, has expanded along with increasing awareness of environmental issues. The project has deep roots in China from many aspects, such as the construction of LNG carriers at Hudong, LNG transport for SINOPEC, the nation’s major energy projects, and the joint venture involving SINOPEC and CCSC, China’s largest shipping company, as well as MOL. It is expected to contribute to increasing demand for LNG and help address environmental issues in China.

MOL continuously takes a proactive stance in taking on new projects that build on its experience in international cooperation accumulated in projects like this, and works to provide value-added transport services to customers all over the world.