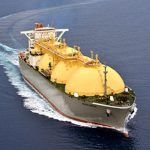 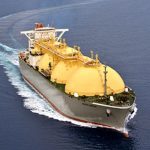 Kawasaki Heavy Industries, Ltd. today delivered the PACIFIC BREEZE (Kawasaki hull no. 1718), a 182,000 m3 capacity liquefied natural gas (LNG) transport vessel for use by Kawasaki Kisen Kaisha, Ltd. (“K” Line). The vessel is scheduled to be used to transport LNG from the Ichthys LNG Project in Australia, which is operated by INPEX CORPORATION.

This vessel is the world’s largest MOSS-type LNG carrier, with a cargo tank capacity of approximately 182,000 m3, which was developed based on the 177,000 m3-type LNG carrier, previously the largest MOSS-type LNG carrier on offer from Kawasaki. An increase of approximately 5,000 m3 in cargo tank capacity was achieved by making the most of the design features of the 177,000 m3 carrier, and then equipping it with four spherical MOSS-type cargo tanks, of which two in the rear are stretched MOSS-type tanks with a cylinder of 1.6 m in height added to the equatorial ring section of the conventional spherical tank. The vessel is equipped with a DFD electric propulsion system* to offer excellent fuel efficiency across a broad range of speeds.

Moving forward, Kawasaki will continue to pursue shipbuilding operations in light of the anticipated rise in demand for LNG and other clean-energy fuels. 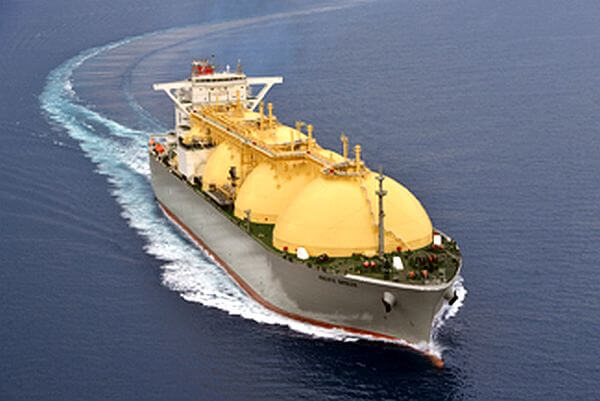 Delivery, principal particulars, and features of the vessel are as described below.

This large-scale LNG carrier is equipped with four independent Moss LNG tanks for a total cargo capacity of 182,683m3.Equipped with a DFD electric propulsion system* to offer excellent fuel efficiency across a broad range of speeds.The thermal insulation system of the LNG tanks adopts the proprietary Kawasaki Panel System developed in-house, which offers outstanding heat insulation performance for an LNG boil-off rate of no more than approximately 0.08% per day.

The cargo tank section is protected by a double-hull and double-bottom design, so even if the carrier’s hull were to sustain damage the LNG tanks within would remain safe and undamaged.
The bridge is designed with state-of-the-art electronic navigation equipment concentrated in one location for greater ease of operation as well as panoramic windows offering a 360-degree view to the outside.

The DFD (Dual Fuel Diesel) engine is capable of burning both oil and gas while a conventional generator engine can only burn oil for fuel. The propulsion system is comprised of a number of generator diesel engines, variable speed propulsion motors and other components. Either gas or oil is supplied to the engines to generate electricity, which drives the propulsion motors that power the propeller.