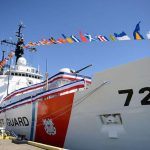 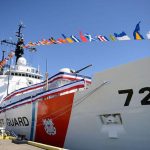 The Coast Guard, NOAA and Environmental Protection Agency are monitoring the tracking and assessment of approximately 76 stray cargo containers about 17 miles off Oregon Inlet, North Carolina.

The cargo ship Maersk Shanghai alerted watch standers at Sector North Carolina’s command center via VHF-FM channel 16 that they lost about 70 cargo containers during a heavy roll. Maersk later confirmed the total number of containers lost overboard was 76 as well as their contents. 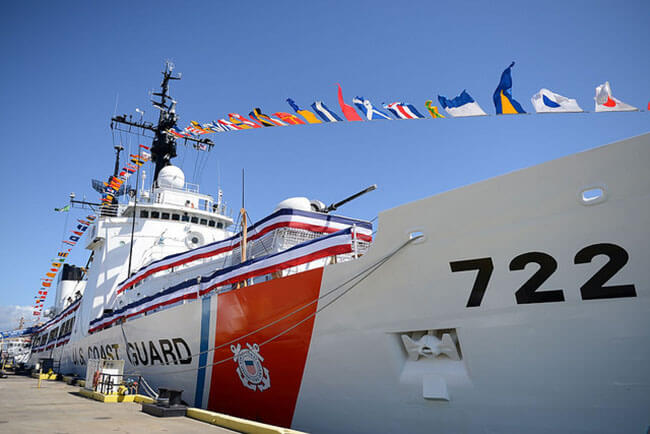 The Coast Guard has designated the floating containers as hazards to navigation. The owners of Maersk Shanghai contracted a salvage company to place tracking devices and lights on the containers. The Coast Guard continues to issue Safety Marine Information Broadcasts to inform boaters of the positions of the known containers.

Maersk has also developed a plan to use side-scan sonar to locate the submerged containers to determine their risk to safe navigation and environmental impact. Weather and sea conditions will determine how quickly they are able to effectively survey the area.

Plans developed by Maersk to ensure safe navigation and minimize impact to the environment and marine life will be approved by the Coast Guard, NOAA and EPA prior to execution.

“Our main priority is ensuring the safety of navigation in the area and addressing potential environmental impacts,” said Coast Guard Capt. Bion Stewart, commanding officer, Sector North Carolina. “We are working with NOAA, the EPA, the National Park Service, state and local emergency management and the responsible party to reduce navigation and environmental hazards as quickly as possible.”

Mariners are reminded to notify the Coast Guard of container sightings at 910-362-4015 or on VHF-FM channel 16.