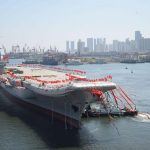 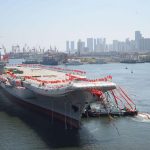 The yet-unnamed Type-001A carrier – based on the Soviet-era Admiral Kuznetsov-class design – tested its systems in the Bohai Sea after leaving the Dalian Shipyard on May 13. 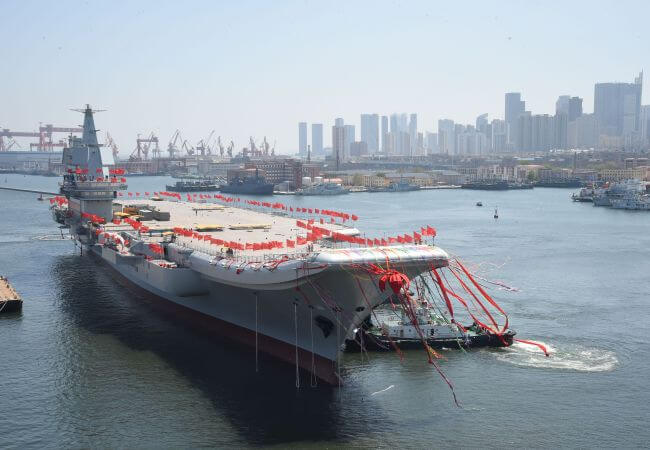 A major task during the trials was to test and assess the Chinese domestically built propulsion plant for the carrier, state-controlled media stated.

“The sea trials will mainly test the reliability and stability of the carrier’s power system and other equipment,” the state-controlled agency said when the carrier left port.
“Construction on the carrier has been carried out as planned since it was launched in April last year, and equipment debugging, outfitting and mooring tests have been completed to make it ready for the trial mission at sea.”

Chinese officials are preparing for the next set of trials that will move beyond the basic hull and mechanical functions of the Type-001A and include the ship’s combat and electrical systems, according to the South China Morning Post.

Several sets of trials are expected before the carrier officially delivers to the People’s Liberation Army Navy. 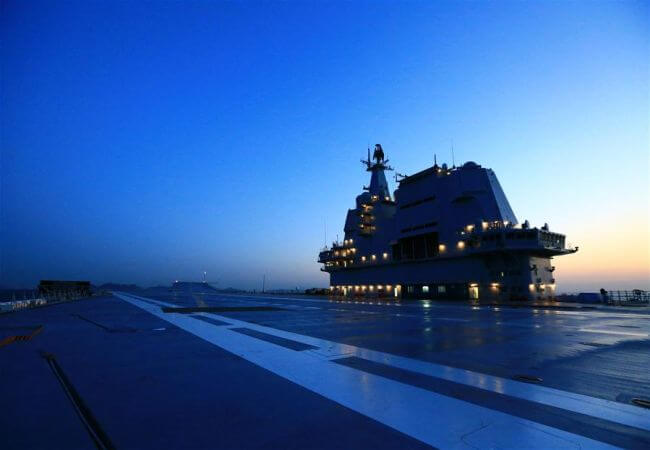 Reports from the PLA say the new carrier would field an unspecified number of Shenyang J-15 Flying Shark – an unlicensed copy of the Russian Sukhoi Su-33 fighter.

A third carrier – which is reportedly under construction near Shanghai – is reported to look more like a U.S. carrier with a Catapult-Assisted Take-Off Barrier Arrested Recovery (CATOBAR) systems aboard.

China has said that it plans to seek a force of up to four aircraft carriers.