Ship Garbage Recycling Pilot Wraps Up At Port Of Brisbane 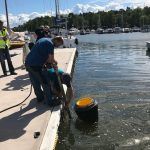 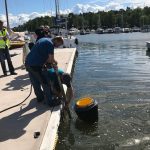 The technology group Wärtsilä donates two new Seabins to Hanko and Rauma. These new locations were selected through applications in a contest held during May 2018. From all the participants, Hanko’s Guest Port (Oy HSF Marine AB) and the City of Rauma were selected as winners of the new Seabins. The Seabins have been installed to these locations during Midsummer week. Both Hanko and Rauma have long traditions in shipping and they are responsible marine cities. In addition, they have good conditions to maintain and look after the Seabins daily. Seabins are located at Hanko’s Eastern Harbour (B-dock) and Rauma’s Syväraumanlahti Marina. 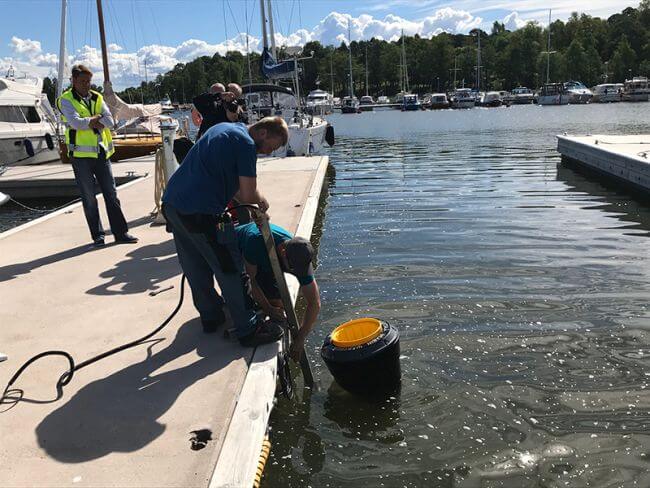 “We are very pleased to have Seabin in Hanko, who wants to be a responsible maritime city of good life. In fact, we got to know the Seabin Project last year, and we were impressed on how big things can be achieved concerning cleanness of the seas by Seabin and awareness raising,” says Denis Strandell, Mayor of Hanko.

“The amount of debris, and especially the amount of plastic waste in the sea, is growing explosively. Of course, HSF Marine and Hanko as a seaport want to be part of supporting the Seabin Project and paving the way for a cleaner future. We are really excited to have a Seabin in our marina, which catches peoples’ attention and keeps the dock pool cleaner. Each piece of debris we can collect from the sea helps,” continues Port Captain Oscar Cavonius from the Hanko Guest Port.

“The city of Rauma wants to be responsible and ecological marine city. We have long traditions, which are also part of our city’s official strategy. We are taking care of environment’s health, safety and comfort in a sustainable way. We hope that with the help of the Seabin we can educate the new boating generation to act in more responsible and ecological ways,” says Operations Manager Markku Savolainen from the City of Rauma.

“There will soon be more plastic in the seas than there’s fish, if we don’t wake to stop the floods of garbage. Wärtsilä contributes to clean marine environments with its technology, but we also want to influence on an individual level. It is great, that Hanko and Rauma are committing with us to reduce local garbage load and to shape peoples’ attitudes,” says Wärtsilä’s Board of Management member Atte Palomäki. 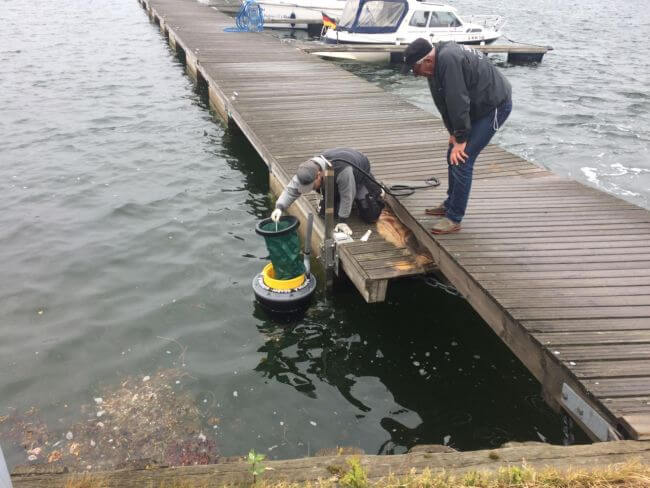 Donating three Seabins to Finland was one of most prominent projects of Wärtsilä’s Finland 100 year centennial programme. Wärtsilä is cooperating as the Seabin Project’s global pilot partner till the end of 2019. During this cooperation Wärtsilä has already donated Seabins in Finland to Helsinki, Turku and Vaasa. This year Wärtsilä is expanding this cooperation by donating 40 Seabins globally through its subsidiaries. The first Seabin in Asia was installed in Singapore last April. 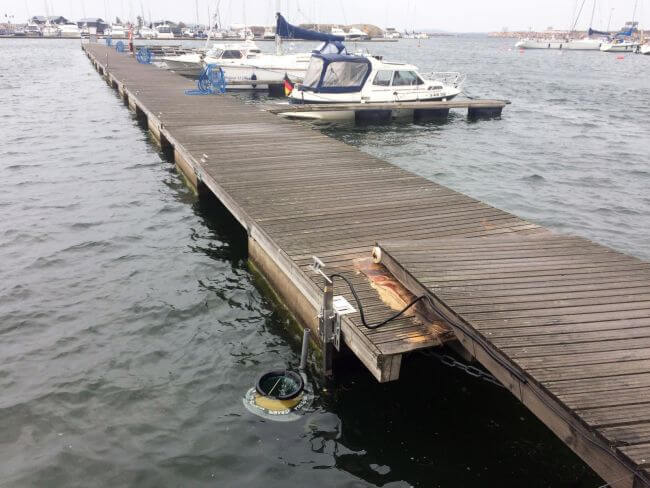 Seabin is a floating garbage can, which can be installed into water in marinas, shipyards and harbours, where it collects floating debris. Water is sucked in from the surface and passes through a catch bag inside the Seabin. The water is then pumped back into the marina leaving litter and debris trapped in the catch bag. After this the caught debris can be disposed properly.