Global Sulphur Limit Preparations Are On Track In IMO 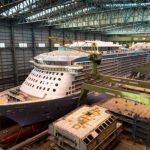 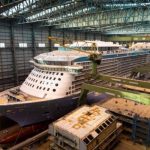 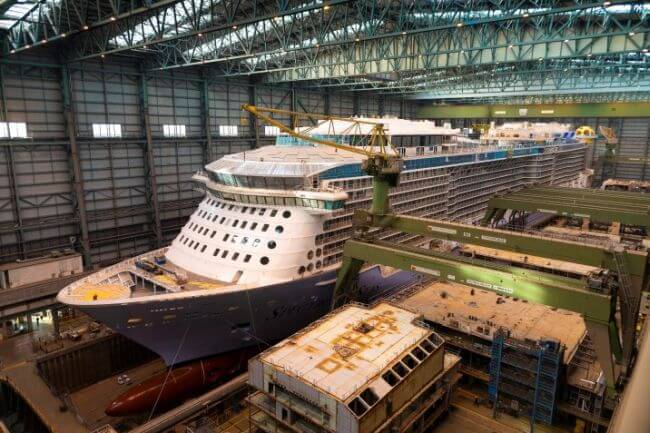 The ship built for the American Royal Caribbean International shipping company will start to leave the dock at around 8 p.m. Once the Spectrum of the Seas has left the dock, it will berth at the shipyard’s outfitting pier to be fitted with its funnel cladding. Weather permitting, the North Star (glazed viewing capsule) will also be installed on the ship. The ship will then remain in the shipyard port for further outfitting work and on-board trials until its passage through the river Ems up to the North Sea, which will probably take place mid-March.

Possible delays due to the weather

For the Spectrum of the Seas to be able to berth at the outfitting pier, the floating section (engine room unit) of the Norwegian Encore that is currently moored here will have to be moved to another berth in the shipyard port. Once the Spectrum of the Seas has left the dock, the floating part for the Norwegian Encore, which is due for completion in autumn 2019, will be manoeuvred back into the free covered building dock II for further construction work.

All times are subject to the weather.