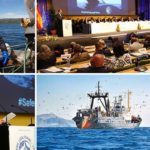 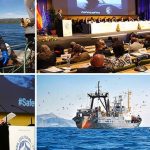 Some 120 States, 70 ministerial-level representatives, 30 international organizations and 500 delegates attended the Torremolinos Ministerial Conference on Fishing Vessel Safety and Illegal, Unreported and Unregulated (IUU) Fishing (21-23 October), in one of the largest fishing vessel conferences held in the history of the International Maritime Organization (IMO).

A global regime to create much-needed safety standards for fishing vessels has moved a significant step closer following the IMO-led international Ministerial Conference, organized in conjunction with Spain, the Food and Agriculture Organization of the United Nations (FAO) and The Pew Charitable Trusts. 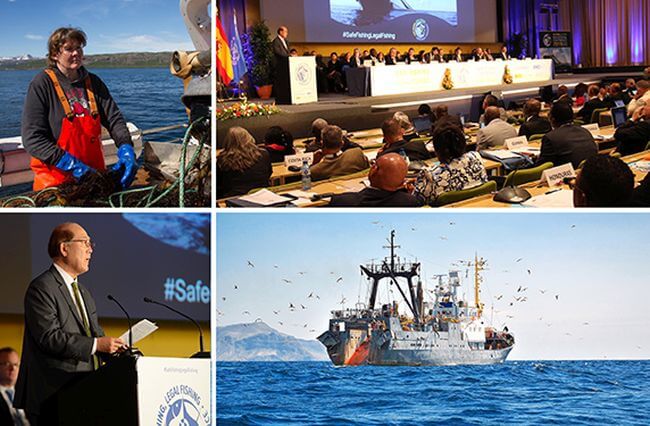 During the conference (21-23 October), nearly 50 States signed the Torremolinos Declaration, publicly indicating their determination to ensure that the 2012 Cape Town Agreement on fishing vessel safety will enter into force by the tenth anniversary of its adoption (11 October 2022).

When it does, it will improve the safety of life at sea for hundreds of thousands of fishers worldwide, who currently do not benefit from a global mandatory regime for fishing vessel safety. It is also seen as key tool in combating illegal, unregulated and unreported (IUU) fishing.

Speaking at the close of the Conference, which adopted the “Torremolinos Statement on the Cape Town Agreement of 2012, relating to fishing vessel safety, and combating illegal, unregulated and unreported fishing”, IMO Secretary-General Kitack Lim noted that IMO had once again returned to Torremolinos to finish the endeavours started more than 40 years ago, when the first global treaty to address safety of fishing vessels was adopted in Torremolinos in 1977 (it did not enter into force). 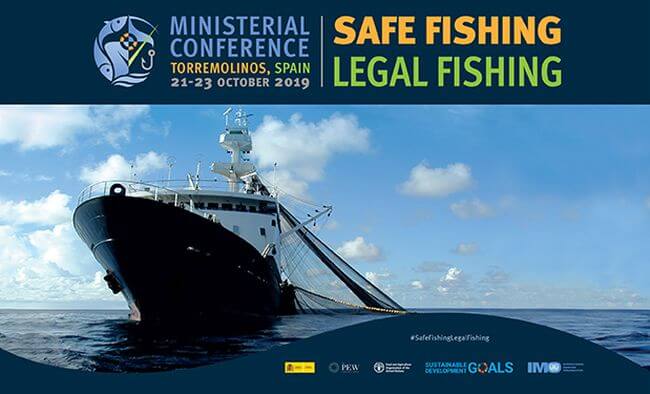 “In 2019, with this conference, we now have a broader consensus on the urgent need for the Cape Town Agreement to enter into force, as a significant contribution to the long-term sustainability of the fishing industry,” Mr. Lim said.

“This work must now continue, in a pro‑active and cooperative manner, to bring the Agreement into force as soon as possible, so that fishers around the world can enjoy the safety and welfare benefits,” Mr. Lim said.

The first international treaty on fishing vessel safety was adopted by IMO in Torremolinos in 1977, with a follow-up Protocol adopted in 1993. But their lack of entry into force has meant that fishers are not yet protected by a global, mandatory treaty – unlike cargo and passenger ships which are covered by international treaties for safety of life at sea and environmental protection, which have wide acceptance and have been in force for many decades.

The Cape Town Agreement, adopted in 2012, builds on the earlier treaties and will provide the global regime needed for safety of fishing vessels, alongside the International Convention on Standards of Training, Certification and Watchkeeping for Fishing Vessel Personnel, 1995 (1995 STCW-F Convention), which is already in force

No time to lose

Ministers and organizations alike highlighted the importance of the Cape Town Agreement for safety, for combating IUU fishing, and for the sustainable development of an industry which feeds millions of people.

IMO Secretary-General Lim ended the Conference with a key message for States. “You are the leaders who can now push this cause forward, in collaboration with relevant national bodies, other States and international organizations, to bring this process to a successful conclusion. That is, to bring into force the final piece of the international regulatory framework for fishing, the Cape Town Agreement,” Mr. Lim said.

“There is no time to lose. If the fishing sector remains insufficiently regulated, fishing-related activities will continue to cause more fatalities; pollute our oceans; place SAR services at risk; and harm developing States affected by illegal fishing activities,” Mr. Lim said.

The Cape Town Agreement treaty will enter into force 12 months after at least 22 States, with an aggregate 3,600 fishing vessels of 24 m in length and over operating on the high seas have expressed their consent to be bound by it. With two accessions made during the Conference, by Cook Islands and Sao Tome and Principe, 13 countries have now ratified the Cape Town Agreement: Belgium, Congo, Cook Islands, Denmark, France, Germany, Iceland, Netherlands, Norway, Saint Kitts and Nevis, Sao Tome and Principe, South Africa and Spain.

As well as taking action to ensure entry into force, States signing the Torremolinos Declaration, pledged to promote the Agreement, recognizing that the ultimate effectiveness of the instrument depends upon the widespread support of States, in their capacities as flag States, port States and coastal States. They also denounced the proliferation of IUU fishing, recognizing that international safety standards for fishing vessels will provide port States with a mandatory instrument to carry out safety inspections of fishing vessels, thereby increasing control and transparency of fishing activities.

The second resolution expresses appreciation to Spain for hosting the conference.

Addressing the challenges for safe and legal fishing

A series of panel discussions during the conference provided an opportunity for expert speakers to discuss and share best practice in a number of key areas, including environmental protection; stopping IUU fishing; reducing risk and protecting search and rescue services; responsible fishing schemes; working conditions; and marine debris from fishing vessels.

Along with the Cape Town Agreement and the STCW-F Convention, two other key treaties address fishing vessels and contribute to the fight against IUU fishing. They are: ILO’s Work in Fishing Convention 2007 (Convention No. 188), which entered into force on 16 November 2017 and sets minimum requirements for work on board including hours of rest, food, minimum age and repatriation; and FAO’s Agreement on Port State Measures to Prevent, Deter and Eliminate Illegal, Unreported and Unregulated Fishing (PSMA), 2009, which entered into force in 2016 and seeks to prevent, deter and eliminate IUU fishing through the adoption and implementation of effective port State measures.

The Conference, hosted by IMO and the Government of Spain, brought together more than 30 Ministers, from maritime and fishing Administrations, and one Prime Minister, who addressed the Conference, amongst a total 500 delegates from nearly 150 delegations, including some 120 States.

The Torremolinos Conference was held with the kind support of the Food and Agriculture Organization of the United Nations (FAO) and The Pew Charitable Trusts.

The opening session of the Conference was addressed by the UN Special Envoy for the Oceans, Peter Thomson, and by Ministers from Spain, as well as by FAO and UNCTAD. The President of the Ministerial Segment was Spain’s Secretary-General of Transport, Ms. María José Rallo del Olmo.