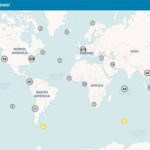 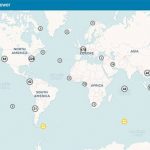 The European Union will announce 22 new commitments at the 2019 edition of Our Ocean conference, which will take place in Oslo, Norway on 23-24 October 2019, for better governance of the oceans.

In addition, the EU is also launching ‘The Ocean Tracker’, an interactive map to follow the over 10 billion euros commitments already made by governments, businesses and NGOs.

Commissioner Karmenu Vella, responsible for Environment, Maritime affairs and Fisheries will represent the EU at this conference and call for increased action for ocean governance: “Ocean sustainability is a global challenge that needs crosscutting and international action. It is time to take ocean governance to the next level. With this new set of commitments and the delivery of The Ocean Tracker, the EU demonstrates its leadership in ocean sustainability”. 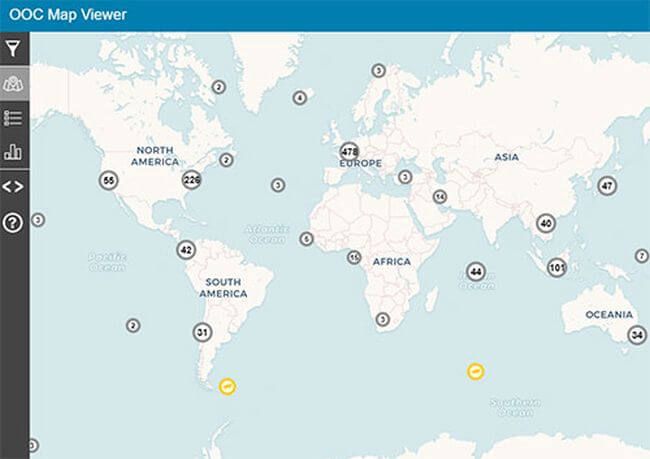 Commissioner for International Cooperation and Development, Neven Mimica, said: “Oceans are not only our common wealth, but our future. It is our responsibility to ensure that they are healthy and protected worldwide. In our future partnership with ACP countries, we will continue acting as an international driving force by championing sustainable management of marine resources, while fostering blue economy and opportunities to improve people’s lives”.

These EU commitments are meaningful actions to strengthen ocean governance, in particular with regard to the achievement of the 2030 Agenda and more specifically, the Sustainable Development Goal 14: Conserve and sustainably use the oceans, seas and marine resources for sustainable development. The EU pledges include projects to tackle plastic pollution, make blue economy more sustainable and improve research and maritime surveillance.

The Ocean tracker, itself a commitment made in 2017, when the EU hosted the Our Ocean in Malta, will make sure that the progress of all pledges is clear to see.

For its part, the EU has made 77 commitments since the launch of Our Ocean conferences in 2014. Almost 80% of all EU commitments have been or are close to being delivered, including 50% of the announcements made last year alone.

22 new commitments for Our Ocean worth almost €540 million

The 22 EU commitments consist of concrete and targeted action with a total budget of almost €540 million to tackle key ocean challenges such as the impact of climate change, strengthen our knowledge base, drive innovation and to promote the development of the sustainable blue economy within and beyond Europe.

Fighting marine pollution: The European Commission will also contribute to the fight against marine pollution by promoting “green shipping”. Ships, which reduce the amount of waste produced on board or handle the waste in an otherwise sustainable manner, will be rewarded for these efforts through a reduction of the waste fee that they have to pay when calling in an EU port.

Boosting the blue economy and innovation: more than €100 million will be dedicated to promote the further development of a sustainable blue economy in Europe. This includes investment in companies that contribute to lowering carbon emissions, strengthening the circular economy and ecosystem conservation.

Joining forces worldwide for more results: Action at home for a sustainable blue economy and better ocean governance are matched by promoting its development abroad. At the Our Ocean conference, the EU will sign a new partnership program to provide €40 million for supporting sustainable fisheries and aquaculture value chains in Africa, the Caribbean and the Pacific (ACP) countries.

Understanding and adapting to climate change: €12.8 million will be dedicated to the Copernicus program on sea ice and cryosphere climate monitoring to better understand climate change effects in the Arctic and Antarctic. Furthermore, the EU will contribute €9.9 million to the Joint Pacific Initiative on Biodiversity, Climate Change and Resilience launched by France to increase the capacities of 19 Pacific states and territories to adapt to the impact of climate change and other stressors and to protect and enhance biodiversity.

Every year, the Our Ocean conference takes place attracting tangible commitments from governments, companies and non-governmental organisations. Previous conferences, hosted by the governments of Indonesia (2018), the EU (2017), the United States (2014, 2016) and Chile (2015), have seen a wide range of commitments and billions of euros pledged. The 2017 Our Ocean conference hosted by the EU in Malta was a game-changer, mobilising funding and ocean action at an unprecedented scale.

The commitments are only one of the ways by which the European Commission works to accelerate the shift towards circular economy and to become a zero carbon economy by 2050. It adopted the first-ever Europe-wide strategy on plastics and new EU-wide rules targeting the 10 single-use plastic products most often found on Europe’s beaches and seas, as well as lost and abandoned fishing gear. This was accompanied by the awareness-raising campaign “Ready to change” actively supported by many aquariums.

Oceans are under severe pressure and climate change is aggravating the situation. The Intergovernmental Panel on Climate Change (IPCC) Special Report on the impact of climate change on oceans and the cryosphere issued on 25 September 2019 made clear that oceans can only remain healthy if we limit global warming to 1.5°C. The EU therefore continues to urge for an ambitious implementation of the Paris Agreement on climate change and is taking action to address the link between climate change and the oceans through its International Ocean Governance strategy.